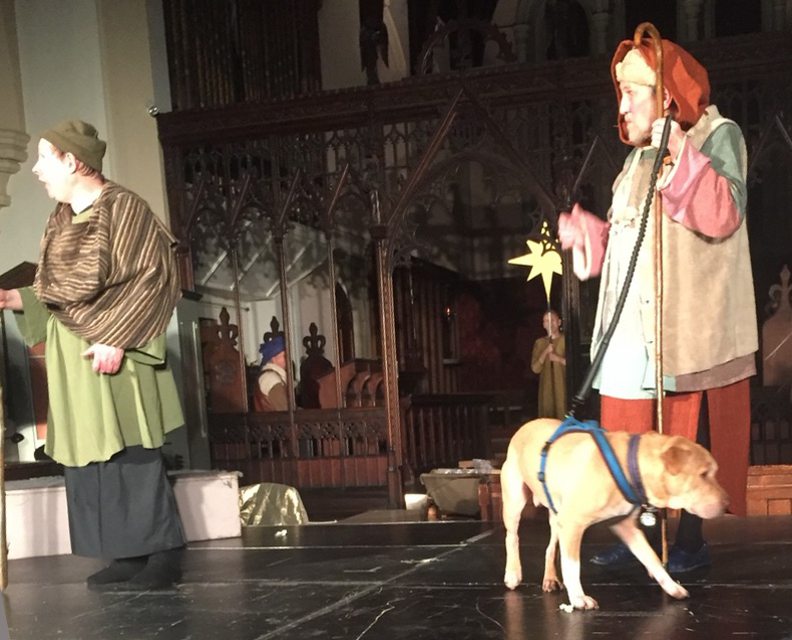 The Adoration of the Shepherds, Corpus Christi (N-Town) (2019)

The Mystery Plays are part of an English tradition of festival playmaking that goes back to the early Middle Ages. Originally developed from special parts of certain church services – such as the arrival of the Three Kings, or the Shepherds finding Christ – the plays grew in elaboration when they were taken over by townsfolk as street theatre. Each play presented a scene from the Bible (from Creation to Doomsday via Noah's Flood and the Nativity) in an easily understandable form at a time when few people were able to read.

The Adoration of the Shepherds, Corpus Christi (N-Town) (2019)

Five hundred years ago the plays were often staged by the local craft guilds, or "mysteries", each guild taking responsibility for a particular play, which its members performed in the open on a pageant wagon that would have been wheeled around the town over at least one full day, with a fresh performance in each new location. (Just how fresh, of course, might have been debatable by mid-afternoon.)

Frequently the play and its guild would have some appropriate link, such as the goldsmiths performing the Kings' Play with its rich gifts for the infant Christ.

They were the plays of the people, a very English activity with local jokes and references to weather, harvests and local characters, which offered an entertainment years before Shakespeare. They largely died out with the Reformation and have come back into performance only within the past century.